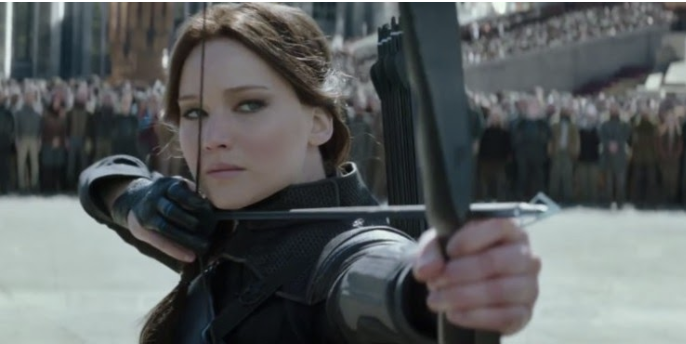 Why does watching Titanic unfailingly bring you to tears? Is it the tragic plot? Kate and Leo’s brilliant acting? The passionate script? The moving soundtrack?

It’s likely a combination of all of these things. But whether you realize it or not, the way in which each shot was filmed– through various camera angles, framing, and movements– likely played a part in the emotion you are feeling as well.

Unless you have a background in film or are specifically paying attention to them, camera techniques are not usually apparent to the viewer. But if every scene in a film was composed of static, eye-level shots, much of the film’s intrigue would be lost.

Let’s take a look at the most common camera angles used in cinema that function to bring attention to, amplify, and engender viewer emotion.

Eye-level shot. We’ll start with the most widely-used type of shot: the eye-level. While basic, the eye-level shot’s simplicity can be just as powerful of a tool as any other. It functions to enhance the emotions already present in a scene, simply allowing the characters and storyline to do the talking (or emoting). The eye-level shot mimics how humans actually view the world, allowing the audience to more naturally get swept up into the storyline. On its own, the eye-level shot is capable of conveying feelings of calm or normalcy, something that is especially relevant to scenes before the film’s central action has taken shape. The eye-level shot can be an especially impactful technique when juxtaposed with any other type of angle. This pairing creates a striking contrast that intensifies the viewer’s emotions.

Dutch angle/Dutch tilt shot. The Dutch angle results from the camera being intentionally placed at an off-kilter angle– off from the horizon level by at least 30 degrees or more. It’s a sylitistic camera choice that typically brings about a feeling of uneasiness and disorientation, making the viewer feel as if something in the film is not quite right. Typically used in thriller or horror scenes, the Dutch angle indicates that something unconventional is about to happen. In a similar way, the Dutch angle can also amplify the disoriented mental/emotional state of a character. A slight Dutch angle can bring a slight sense of uneasy foreboding, while a strong, dramatic Dutch angle can bring a deep sense of dread, indicating that something is horribly wrong.

Overhead shot/high-angle shot. The overhead or high-angle shot is the product of the camera being placed directly above the subject. Like any angle, this technique can be employed from long, medium, or close-up positions. Overhead shots taken from long distances are often used as a means of illustrating the sheer scale of a scene. When taken from extreme angles, overhead shots can generate a feeling of terror or tension in the viewer, igniting humans’ natural fear of falling from heights. On a character-level, high-angle shots can offer the audience insight into how a character is feeling. They often illustrate the vulnerability, helplessness, or insignificance of a particular character. Shooting down at a character oftentimes paints them in an inferior light, making them appear small and weak. This is especially the case when paired with an eye-level or low-angle shot.

Low-angle shot. The opposite of a high-angle shot, a low-angle shot is most commonly used as an indicator of character dominance or superiority. When a character is shot at a low angle, the viewer is forced to literally look up at this character. In the same way, we tend to figuratively look up to individuals in positions of power. Shooting at a low-angle makes characters appear larger, taller, and stronger, something that has a psychological effect on the viewer. This effect is especially powerful within a single scene when juxtaposed with a high angle shot. Shooting one character from a low angle and another character from a high angle functions to highlight their opposing power dynamic. Like high angles, low angles can also be used as a means of exaggerating reality by increasing the perceived height or scale of a scene’s atmosphere.

POV. The POV, or point of view shot, depicts the angle in which a particular character is viewing their world from. This technique allows the viewer to take on the unique perspective of the character and thus enter more fully into the world presented on screen. In doing so, the audience is able to better understand the character’s state of mind and empathize with their emotions on a personal level. The emotions in the scene, whether panic, fear, embarrassment, or joy, become consequently heightened. One interesting way in which POV can be employed is to show the POV of a supporting character rather than the main character. This choice boosts the main character’s perceived importance and allows the audience to receive more insight into the nature of the main character.

The world of cinematography is vast, and this post is just the tip of the iceberg. Tune in to the next blog post to learn a bit more about something that is just as important to film as camera angles!

We offer video packages if you are looking to do a series of ads.
We film most of our videos on the gorgeous RED Camera with 4K resolution.
We’ve produced over 150 videos in the U.S.
When we send you a cut, you can click directly on the video to make comments. It couldn’t be easier!
We have a 100% success rate with our crowdfunding videos. Every campaign has surpassed its goal.
Our logo is a firefly! It’s an enigmatic creature, treasured for its magical power to glow. This is what drives us at Luminoustudios - a certain magic that sets free endless creative possibilities.
We deliver videos in all formats, vertical videos for insta stories & 1:1 for social media ads.
We can deliver videos fast - as quick as 7 days!