On the first Monday in May, celebrities and fashion experts hold the Met Gala to raise money for the Metropolitan Museum of Art’s costume institute. Each year the theme is chosen by Anna Wintour. This year the theme was Camp: Notes on Fashion. The theme was inspired by Susan Sontag’s essay “Notes on Camp.” She defines camp as “love of the unnatural: of artifice and exaggeration…The hallmark of camp is the spirit of extravagance. Camp is a woman walking around in a dress made of 3 million feathers.” Lady Gaga is a prime example of someone that embodies camp. Her extravagant outfits and out of the ordinary performances make her a current leader in the theme of camp. 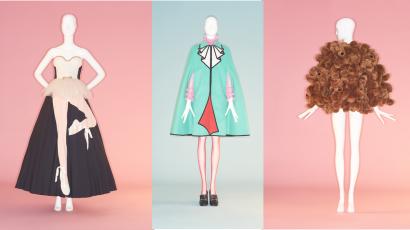 Camp in the Film Industry

Camp is not only present in the fashion industry. There are also elements of camp in the film industry. The first example that comes to mind is Wes Anderson. His films are out of the ordinary, and at times can be extravagant. The Grand Budapest hotel contains both the unique and extravagant elements that define camp. The hotel itself is considered extravagant. I have never seen anything quite like it before. The vintage designs and beautiful pink interior fully embody pink. Not only is the hotel an example of camp, but so are the characters in the film. The guests of the hotel are wealthy and wear fur coats and other items every day. The Grand Budapest Hotel is just one example of a Wes Anderson film that embodies camp. Fantastic Mr. Fox, Moonrise Kingdom, and Isle of Dogs are some other examples of Wes Anderson films that contain elements of camp.

Another example of camp in the film industry is the film Alice in Wonderland. Both the animated version and the live-action version contain camp. The Cheshire Cat lives an out of the ordinary life of smoking hookah in the trees of Wonderland. The Queen of Hearts is quick to give death sentences and wears extravagant make-up and wild dresses. The Mad Hatter wears a large top hat and speaks in riddles. The list continues on and on. There is no doubt that camp has been beneficial to the film industry, drawing in so many unique perspectives to this art form.

We offer video packages if you are looking to do a series of ads.
Our logo is a firefly! It’s an enigmatic creature, treasured for its magical power to glow. This is what drives us at Luminoustudios - a certain magic that sets free endless creative possibilities.
We’ve produced over 150 videos in the U.S.
We deliver videos in all formats, vertical videos for insta stories & 1:1 for social media ads.
We have a 100% success rate with our crowdfunding videos. Every campaign has surpassed its goal.
We film most of our videos on the gorgeous RED Camera with 4K resolution.
We can deliver videos fast - as quick as 7 days!
When we send you a cut, you can click directly on the video to make comments. It couldn’t be easier!