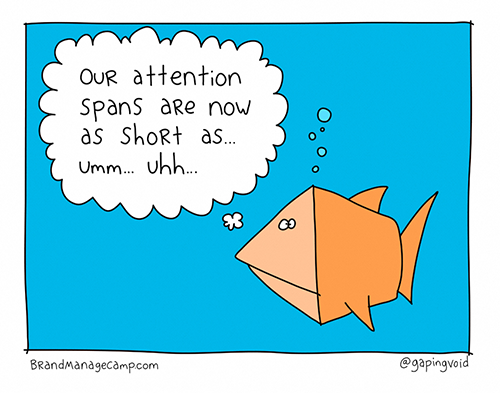 User interaction with video content has been revolutionized in the age of the internet, as viewers are increasing their screen time, but decreasing time spent on a single program, website, or social media platform. Users’ attention spans are rapidly shrinking, and the power to navigate the online mediascape quickly and easily is becoming extremely valuable.

Video content has been rapidly adapting to meet the changing needs of users, and we can see a trend towards short form video content that packs a punch and delivers a resonant message in a short amount of time. Advertisers are incentivized to invest in short form video content to reach consumers who are spending more and more time online browsing. For example, Twitter released that more than 50% of its ad revenue is video ad revenue, which, for reference, means that Twitter’s video ad revenue was over $287 million, just in the final quarter earnings for 2017. (Source). Sure, sites like Twitter, Facebook, and Instagram are making more and more money off of video advertisement views, but what does that mean in terms of the quality of these video ads, or short form content in general?

First off, if sites and advertisers are seeing a growth in revenue as a result of effective video ads, it would follow that these sites and advertisers would invest more money in the production of video ads. It thus follows that the demand for higher quality production in video ads has increased, and creators have in turn been incentivized to produce more innovative and high quality content.

This has extended outside the arena of just video advertising, and recent trends have shown that more and more creators are using the short form video model for non-commercial artistic content as well. Short form video content has become a very powerful voice in today’s media conversation. A recent case study would be Donald Glover’s music video for his latest single, “This is America”, which has garnered the attention of media scholars and the general public alike, and fostered a powerful discussion about the intersections of social justice and artistic expression. World renowned film directors such as Paul Thomas Anderson have jumped on the short form bandwagon, and his series of music video collaborations with the band HAIM (“Right Now”) have garnered plenty of attention from the artistic community as well as critical praise. Acclaimed indie film directors Jay and Mark Duplass also recently created a video to advocate against the defunding of Planned Parenthood, in a 5 minute documentary-style format.

Short form content is rapidly becoming one of the most powerful channels for artists to convey political or social messages, and for advertisers to increase revenues. Its popularity arises from its ability to reach a wide audience, as it is both very accessible, and short enough to attract and maintain the attention of viewers. Short videos are becoming a critical product for media producers, and it is likely that the popularity and influence of these videos will only increase in the coming years.

We deliver videos in all formats, vertical videos for insta stories & 1:1 for social media ads.
Our logo is a firefly! It’s an enigmatic creature, treasured for its magical power to glow. This is what drives us at Luminoustudios - a certain magic that sets free endless creative possibilities.
We’ve produced over 150 videos in the U.S.
We can deliver videos fast - as quick as 7 days!
We offer video packages if you are looking to do a series of ads.
When we send you a cut, you can click directly on the video to make comments. It couldn’t be easier!
We have a 100% success rate with our crowdfunding videos. Every campaign has surpassed its goal.
We film most of our videos on the gorgeous RED Camera with 4K resolution.